MobyFly | News
Welcome to Mobyfly's website. MobyFly was founded by Sue Putallaz and Anders Bringdal who together have considerable experience with urban and transportation planning, and the design of zero emission boats and software systems. At the heart of our technological vision is Anders Bringdal
sustainable, zero, emission, boat, foiling, engineering, electric motors, switzerland
16758
page-template,page-template-full_width,page-template-full_width-php,page,page-id-16758,bridge-core-2.6.0,ehf-template-bridge,ehf-stylesheet-bridge-child,qode-page-transition-enabled,ajax_fade,page_not_loaded,,qode-title-hidden,qode-child-theme-ver-1.0.0,qode-theme-ver-24.5,qode-theme-bridge,disabled_footer_bottom,qode_header_in_grid,wpb-js-composer js-comp-ver-6.5.0,vc_responsive,elementor-default,elementor-kit-1 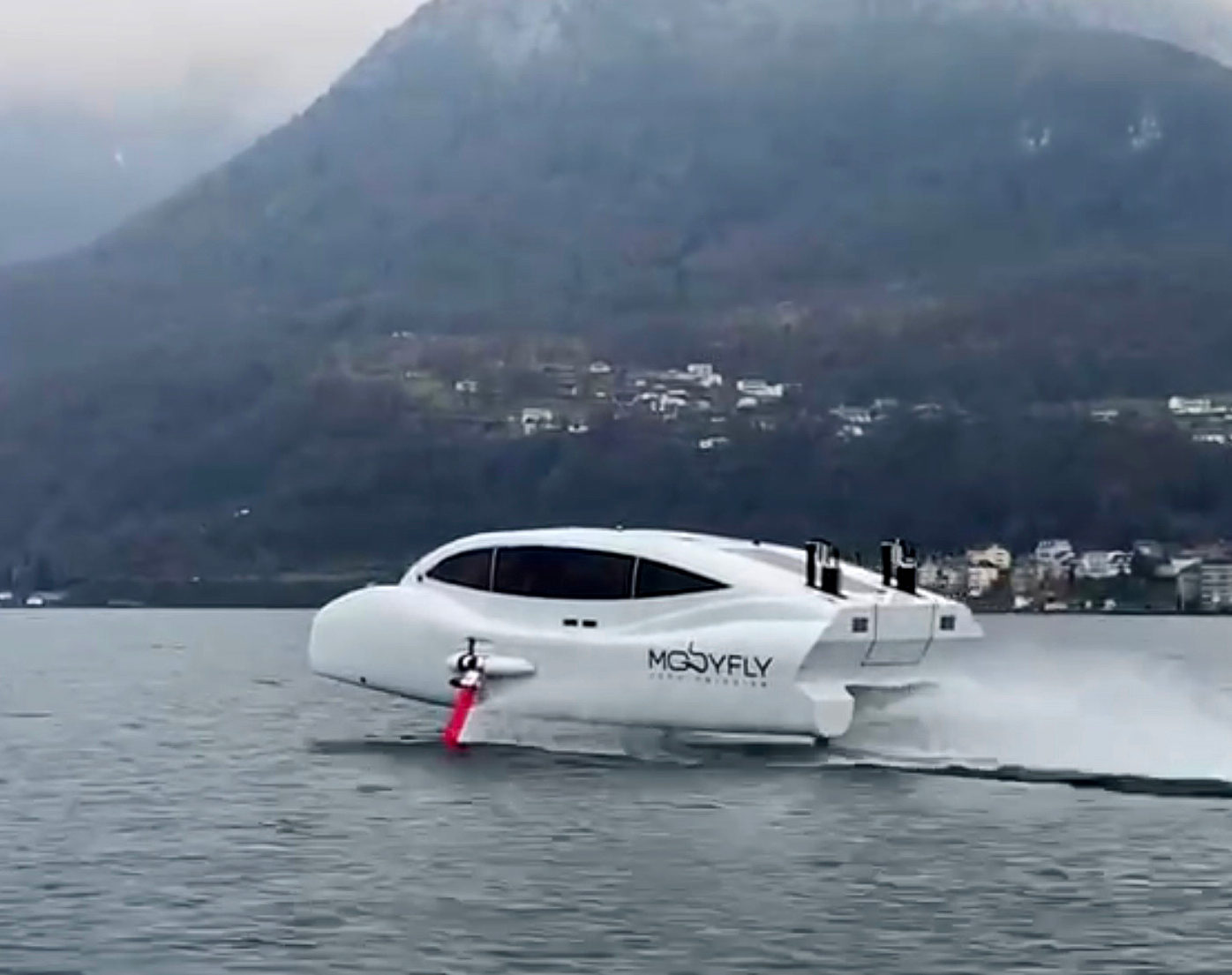 During this test, the MBFY10 proved itself to be even more efficient than expected, consuming nearly 20% less energy than originally projected. With a proprietary, patented retractable foil system, the MBFY10 will be capable of reaching speeds of over 74 kph and operate in waters as shallow as 50 cm for maneuvering and docking. 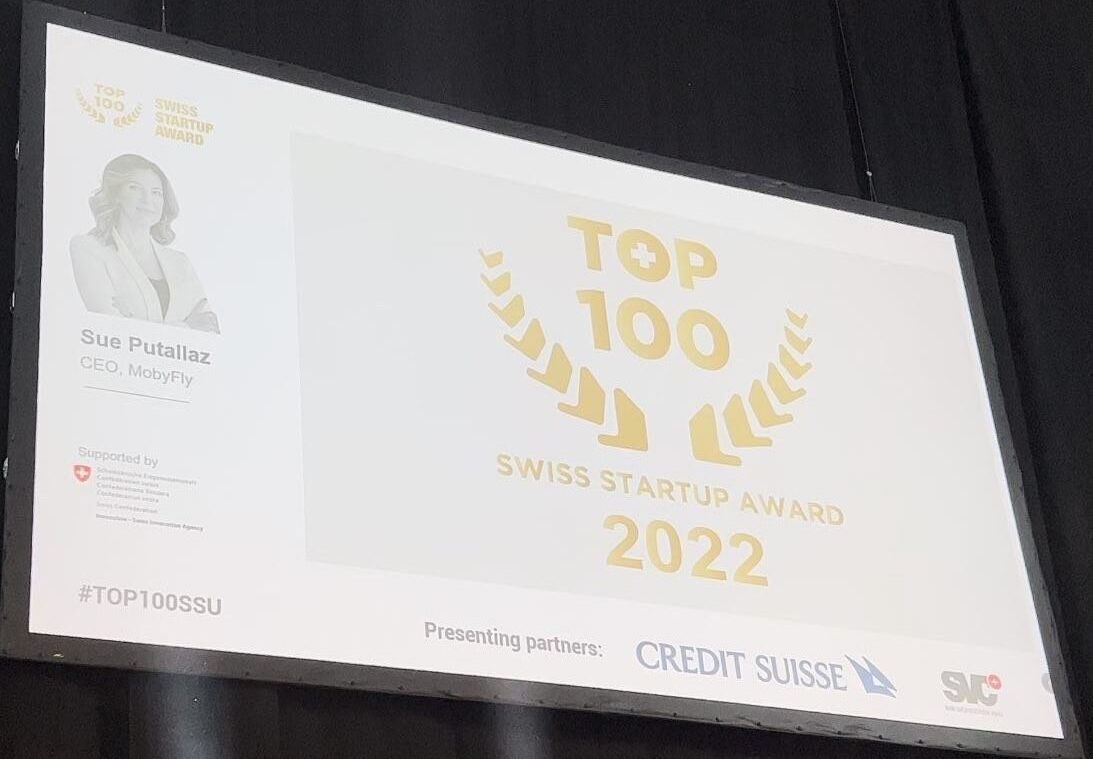 MobyFly among the TOP100 Swiss Startups

The 12th edition of the TOP 100 Swiss Startup Award celebrated the best startups in Switzerland, where MobyFly ranked 76 of the best Swiss startups. MobyFly also had the honor of being selected as one of the TOP 10 newcomers of 2022. 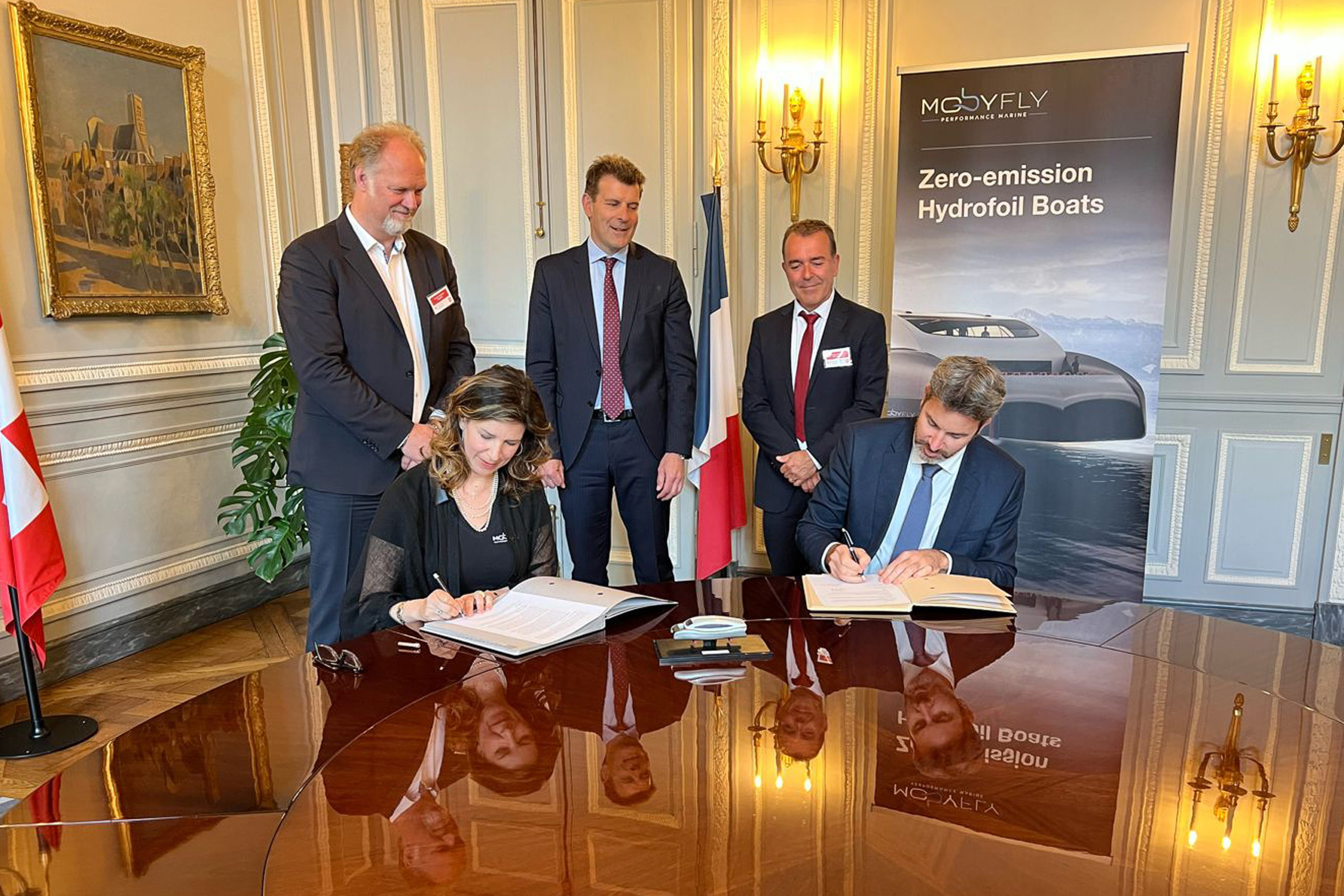 In the presence of the Swiss ambassador in France, MobyFly and EODev — a young, innovative French SME founded in 2019 — signed a collaboration agreement on May 10, 2022 in Paris to develop the first hydrogen powered MobyFly passenger hydrofoils.

This agreement marks the start of a long-term commitment by MobyFly and EODev to work in close collaboration together. The REXH2® onboard hydrogen generator developed by EODev will enable us to offer private and public operators a hydrogen-powered version of our long-range, high speed hydrofoils.

By utilizing EODev’s technical know-how, we will be on track to deliver our first hydrofoils by 2024 in time to meet the needs of the organizers of major events and public authorities in need of zero-emission passenger shuttles. 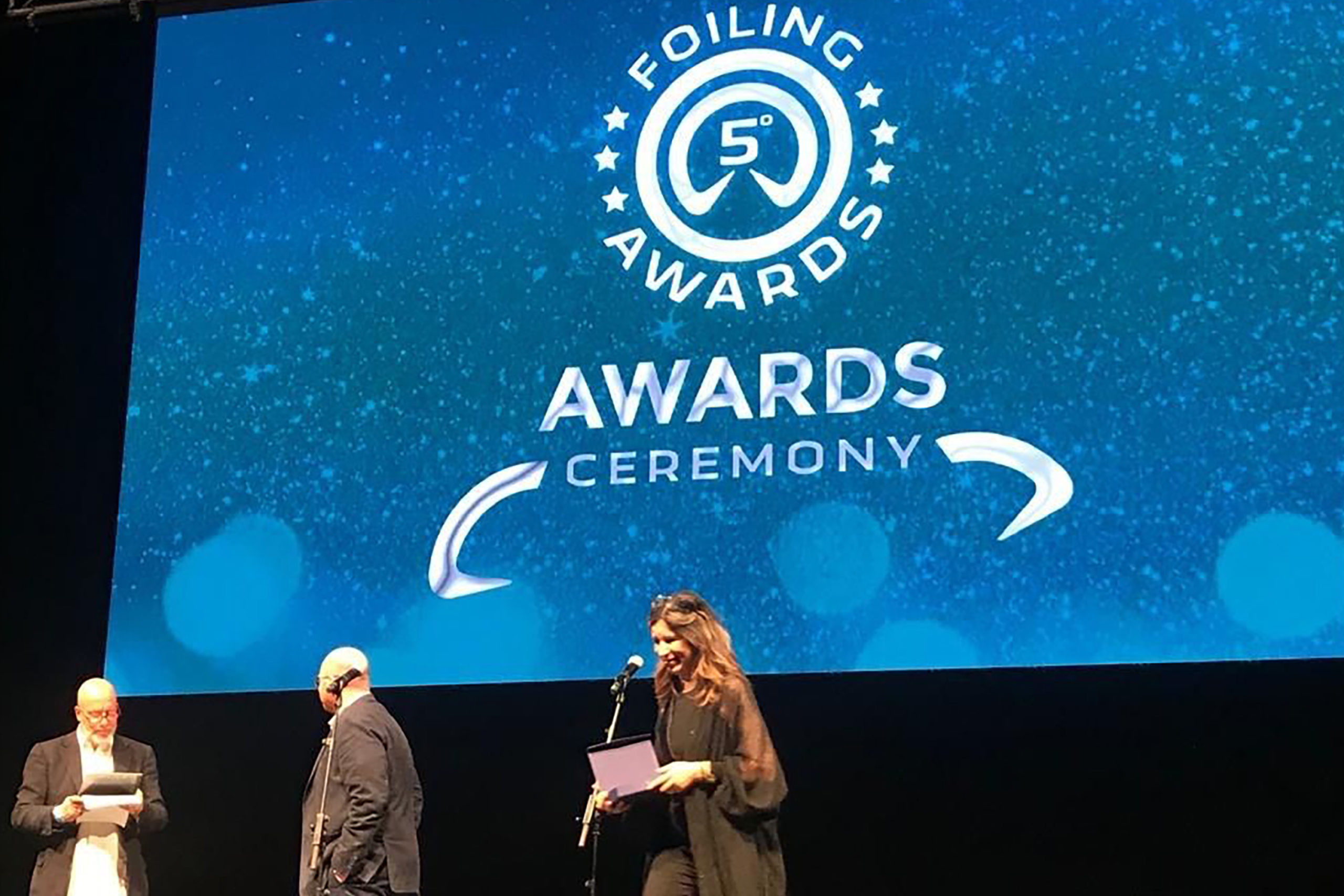 Foiling technology is not only pivotal for advancing waterborne transportation in terms of speed and zero-emission efficiency but also for significantly reducing wave impact to protect the environment.

We were thrilled to be part of the fifth edition of the Foiling Week™ Awards and extremely grateful for MobyFly’s recognition and receiving the Commercial Vessels Award. 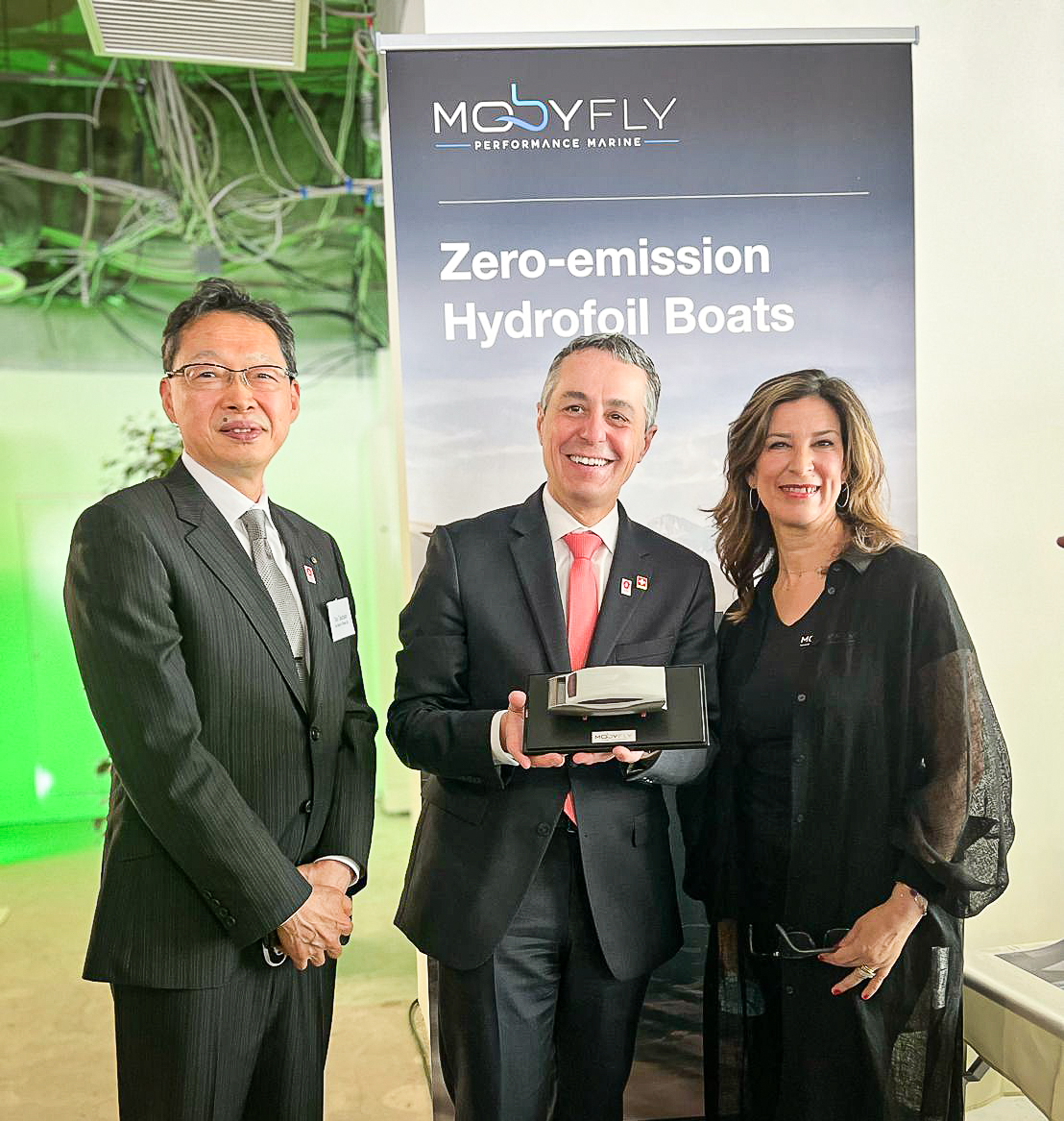 Groundbreaking of the new Consulate of Switzerland in Osaka

After winning in the HackOsaka 2022 receiving the Expo 2025 JETRO Osaka award, MobyFly had the honor and pleasure to participate in the inauguration of the new Swiss Consulate in Osaka, paving the way for Expo 2025 Osaka.

The Swiss delegation led by the President of Switzerland, Ignazio Cassis, as well as the Vice-Governor and Mayor of Osaka, Ambassador Nicolas Bideau and the Swiss Consul Dr. Felix Moesner took part in the ceremony for the planned construction of a new Swiss Consulate in the Kansai economic region. 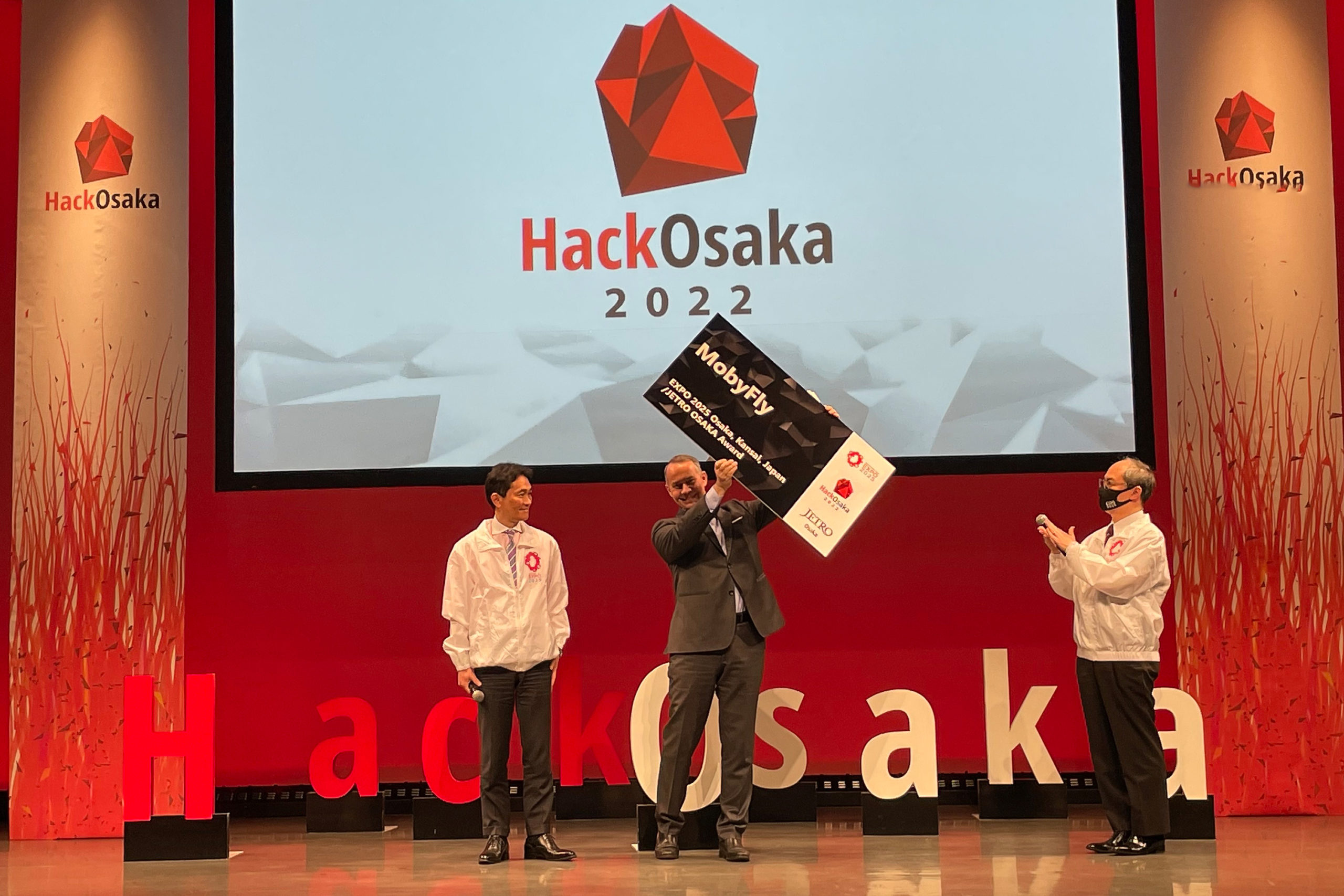 Hack Osaka brings together innovative companies from all over the world to present and compete in the Kansai region of Japan and we’re proud to announce winning the Expo 2025/Jetro Osaka Award at this year's event — the only Swiss company represented.

This award will help to open doors for us to build and develop relationships with leading Japanese companies, and to bring Swiss innovation to the World Expo 2025.

The Kansai region, which includes the cities of Osaka, Kobe and Kyoto, is a massive market with a population of 24.65 million and a GDP of approximately ¥100,050 billion. It is equivalent to the Tokyo-centered metropolitan area as a business location and plays a central role in the economy of western Japan. 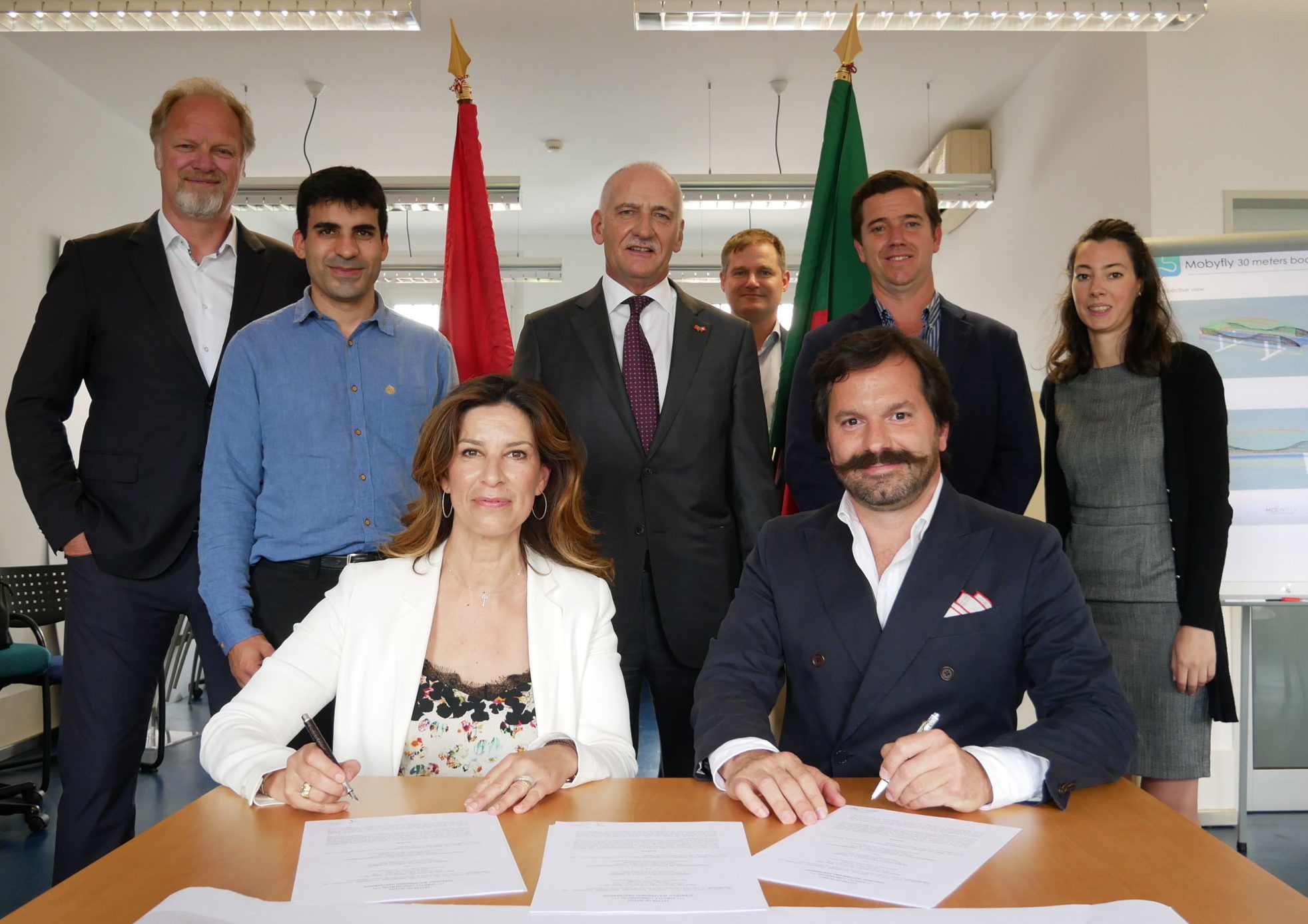 MobyFly has announced in summer 2021 the signing of a contract for the construction of nine zero-emission vessels with the Portuguese operator Nosso Tejo. Spread over four years, this agreement covers the pre-ordering of four 60-seat boats and five 300-seat boats.
The contract between MobyFly and the Lisbon-based operator was signed in the presence of the Swiss Ambassador in Portugal, André Regli (standing, center). An operation worth several tens of millions of francs.